Joint Awards in the Media 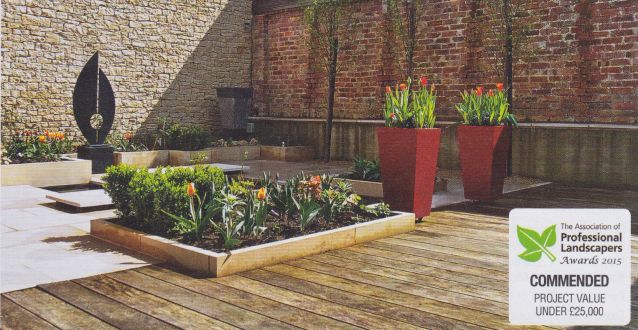 The Orchard House has recently been featured in an article in ProLandscaper, which can be viewed on the Media section of my website. This article follows Tom Seward at T.S.Landscape’s recent Commendation Award from the Association of Professional Landscapers for the build. Well done Tom!

I have also been awarded the Design Excellence Principal Award from the British Association of Landscape Industries for this garden, making it the second garden that Tom and I have both won awards for. The first garden to win us both awards was actually the first garden we worked on together: The Old Farmhouse, which is featured as Farmhouse Fusion in my Portfolio. There is also an earlier ProLandscaper article on Tom’s build of this garden to be found in Media.