Wildlife in the Garden 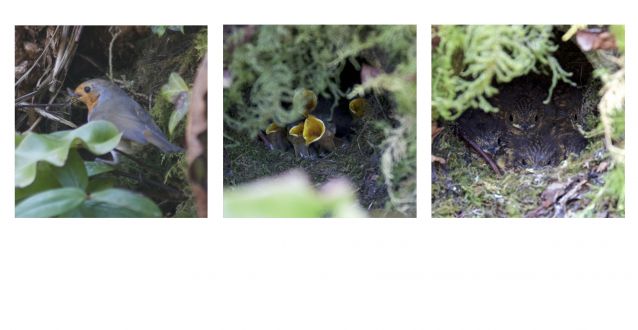 This year we have had Robins nesting in the bank just outside our back door. It’s been a real privilege to watch the parents bringing countless grubs and bugs to their 5 hungry chicks. Whilst we have been able to watch the chicks growing, unfortunately they decided to fledge while we were out – hopefully they will have another brood and we’ll get another chance to see some fledging.

Such miracles of nature are going on in gardens large and small all over the country. Our gardens are havens for wildlife, most of which we don’t even see. But that which we do see, brings huge pleasure to us as well as benefits for the overall biodiversity of the environment in which we live. True, there were plenty of “good” bugs such as hoverflies and worms being fed to the Robin chicks, but there were also plenty of the “bad” ones that gardeners would rather be without. In truth, each has their role to play in numerous different food chains and cycles.

Creating a natural balance and leaving nature to get on and sort things out often works a lot better than us humans going in and interfering by, for example, killing off one particular “pest” – something that in the end is often a loosing battle anyway.